How do x-rays work?

Modern x-ray inspection systems are highly advanced and effective and routinely used in a range of industries for quality control purposes.

Most people, familiar with medical diagnostics and security x-ray systems, are unaware of their significant presence in the food, pharmaceutical and electronics industries where they are quietly working away 24/7 to ensure product quality.

But how do x-ray systems actually produce an image and allow us to see foreign bodies and other product defects? 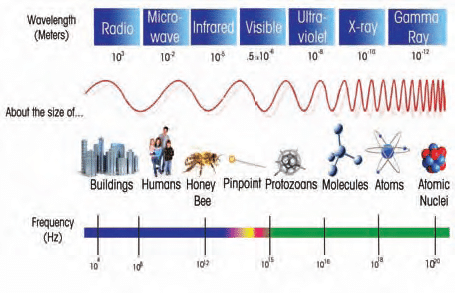 The short wavelength of x-rays enables them to pass through materials that are opaque to visible light, however they do not pass through all materials with the same ease. The transparency of a material to x-rays is broadly related to its density – the denser the material, the fewer x-rays that pass through. Hidden contaminants and other dense internal structures, including foreign bodies like glass, bone and metal, show up because they absorb more x-rays than the surrounding product.

The principles of x-ray inspection

In simple terms, an x-ray system uses an x-ray generator to project a beam of low- energy x-rays onto a linear x-ray sensor or an x-ray imaging intensifier.

The system is typically configured with the x-ray generator above the conveyor, which is used to transport the product through the system and the x-ray sensor positioned under the conveyor which collects and converts the x-ray “shadow graph” signals into a visible image.

The x-ray shadow graph is generated as a result of the different attenuating properties to the product under inspection. For instance a fragment of glass in a pack of cheese has a higher attenuation (adsorption) than the cheese in which it is embedded therefore as that section of the pack is inspected the area of glass generates a “shadow” or lower beam intensity that the detector can record and display. 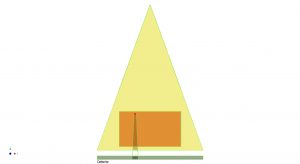 It is by this very simple principle that all x-ray systems operate.

The same shadow attenuation principles apply for the inspection of pharmaceuticals, broken tablets, missing leaflets etc. and across a whole range of industries and quality applications that are beyond the scope of this brief introduction.

There are numerous types of x-ray image generating devices but broadly they fall into two categories:

A line sensor, also often referred to as a linear array, photo-diode array or line scan detector. As its name implies it is a line of x-ray sensitive detectors which is positioned under the conveyor and across it at 90 deg to the direction of travel of the product. It relies on the motion of the conveyor to generate the image in the travel direction and is the most commonly used method in automated systems.

The advantage of these detectors is that they produce a high contrast low, noise image and operate over a wide energy range. The disadvantage is that as they are made up of a single line of individual sensing elements the spacial resolution becomes a function of the sensor element size.

These can either be image intensifiers of flat panel arrays. In fully automated systems these sensors are unlikely to outperform the line sensors. They were developed for and are generally used in the medical sector – for heart procedures and as a replacement for x-ray film.

The main advantage they have is that a full frame image is generated which is not dependent of movement of a conveyor; in fact movement can be detrimental to the image quality if it is not properly controlled. The other advantage of the image intensifier is that it is a very high gain device with high spatial resolution but at the cost of significant signal noise.

In conclusion both techniques have their advantages and at AIS you will always have access to the most appropriate x-ray inspection system for your requirement.

Food that has undergone x-ray inspection remains safe to eat and is indistinguishable in every respect from food that hasn’t been x-rayed. Leading food manufacturers across the world rely on x-ray technology for detection of physical contaminants and for quality control.

Discover more about the facts: